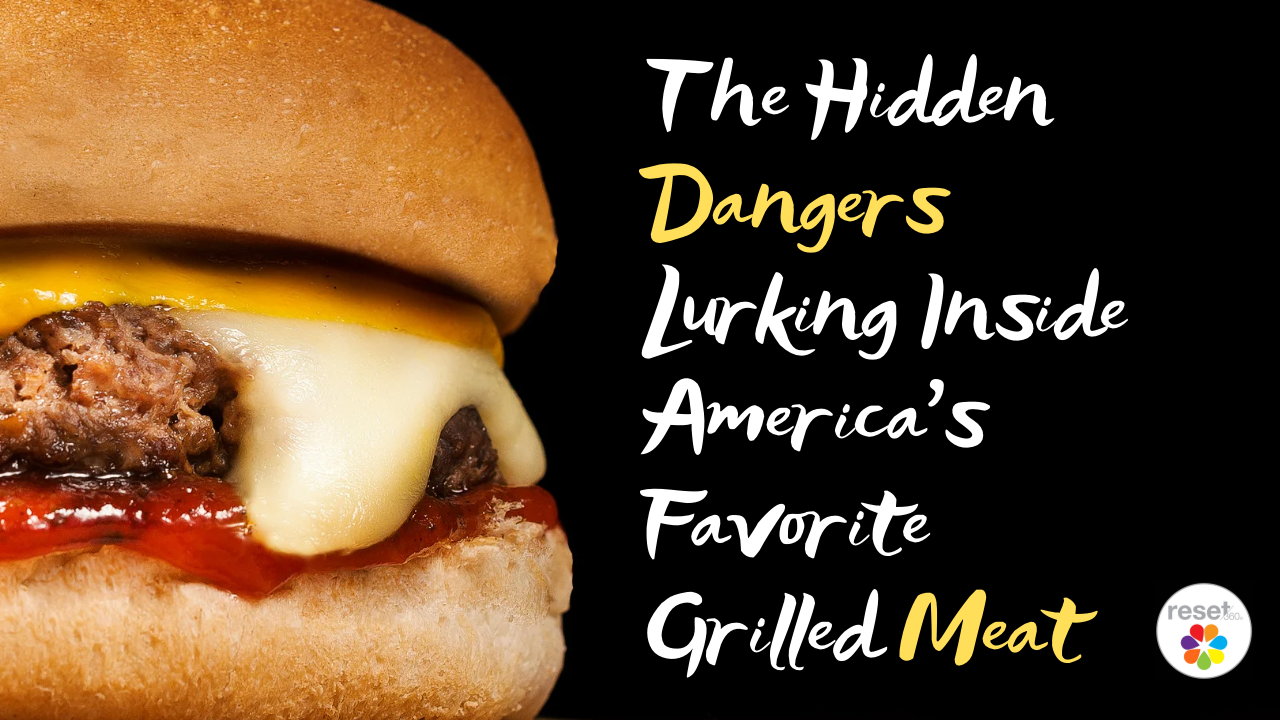 The connection between red meat consumption and irregular hormone levels is profound.

Memorial Day weekend is approaching and summer is getting closer. Before you fire up the grill this weekend and eat America's favorite meat, you might want to read this article...

Here's the deal, when you eat conventionally raised red meat, estrogen overload is more likely. When you go meatless, your estrogen decreases.

Not surprisingly, vegetarians have the edge here. This may be due to the hormones in the meat, the type of bacteria cultivated in the guts of people who eat a lot of meat, or a combination of factors. Studies indicate that a meat-based diet is linked to a higher body mass index and that too much of the wrong type of saturated fat raises estrogen.

If you’re not yet convinced of the connection between modern meat and excess estrogen, take a quick trip through your digestion of a freshly grilled hamburger from your neighbor’s barbecue so you may grasp how meat disrupts your body.

At the aroma of burgers cooking on the grill, you may be unaware that they were previously part of cows raised in concentrated animal feeding operations (CAFOs) and fed grain, typically genetically modified corn rather than grass, and highly stressed.

Your neighbor asks if you want a burger on a bun. You decline and pat yourself on the back because you like to wrap your burger in lettuce and save the carbs. As a plate is passed to you with the burger and a single leaf of lettuce, you add ketchup and pickle relish.

You eye the burger with anticipation, and you don’t think about how the standard practice for cattle is to treat them prophylactically with antibiotics and dewormers, thereby breeding bacterial and parasite resistance and leading to the rise of superbugs, which can trigger hard-to-treat infections and foodborne illnesses.

The practice began with poultry in the 1940s when farmers found that antibiotics fattened chickens. In the United States, 70 percent of antibiotics are currently used for livestock, mostly for “growth promotion.” Rates of superbug contamination are alarming: The Environmental Working Group determined that 55 percent of beef, 69 percent of pork, and 81 percent of turkey meat contains superbugs.

Your first bite of the burger may taste juicy and satisfying, but it’s false satiety because lurking in the meat is several problems, including the following:

Steroid Hormones. On average, six steroid hormones are pumped into feedlot cattle in order to fatten them up so there’s more income per animal. As you chew the burger, you’re consuming the same growth hormones, and they’ll fatten you up too.

Persistent Organic Pollutants (POPs). These are synthetic chemicals that may act as xenoestrogens (or fake estrogens) in the body and raise your level of endogenous estrogen, resulting in estrogen dominance. Additionally, several have been shown to open up the gut barrier causing leaky gut and inflammation, and shifting the microbiome in the wrong direction, which may contribute to breast cancer.

What’s important is your overall ratio of omega-6 to omega-3; that is, too much omega-6 compared to omega-3 leads to inflammation and more fat storage. Grain-fed beef shows a ratio of eight to one, whereas grass-fed beef averages two to one.

It is important to note that CAFO-raised chicken is even more problematic with a ratio of nineteen to one, whereas pastured chicken has a ratio of approximately eleven to one.

Genetically modified grains. Often GM corn is used to feed animals, and consuming those animals may also cause leaky gut and hormone disruption. As if that list weren’t scary enough, when you eat fat from conventional animal meat, these toxins enter your gut and are sent to the liver.

Your liver doesn’t know what to do with them, so they’re sent to the fat stores, accumulating and magnifying in quantity over time. It’s like the dresser in your spare bedroom: You put things in the drawers that you don’t need. Your body does this to protect your organs from toxic overload, but the strategy backfires when you accumulate too much.

Just as the dresser drawers may overflow and become hard to close, your fat tissue eventually starts to release more toxins into your bloodstream, which is tied to obesity, insulin resistance, and breast cancer. As your tissue releases toxins, your body gets the message to store even more fat—and because fat cells produce estrogen, your estrogen burden climbs higher still.

Ultimately, estrogen dominance causes women to store more fat instead of burning it and changes the microbiome to pull more energy out of food for storage, not fuel.

Back to that ketchup and lone lettuce leaf on your plate:

Most people who consume a typical Western diet high in meat don’t eat enough vegetables (ketchup doesn’t count!), which are rich in fiber and micronutrients. Both counter the estrogen pollution of dirty meat and protect you from bioaccumulation and biomagnification.

In other words, too much conventional meat and too little fiber from vegetables combine as a double whammy that makes you fat, toxic, and resistant to weight loss. Instead of one lettuce leaf, you need to consume one pound of vegetables each day.

Halfway through the burger, you pause to praise your neighbor on the yummy barbecue, and he offers you a glass of chardonnay or a mojito. Sadly, alcohol makes the whole excess estrogen problem worse. Oblivious, you toast your neighbor and wash down your next bite of burger. You tell yourself, “Okay, just one glass, since I had two glasses every night this past week.” Boom! You just upped your risk of breast cancer.

Look, if you love meat and/or alcohol, you are not alone. Frankly, it is hard not to crave a grilled burger while writing this.

The good news is that there are lots of options! At the bare minimum upgrade your red meat to organic, grass-fed, cruelty-free sources. This will dramatically change the chemical composition of any meat you eat.

Two, consider going plant-based instead! There are lots of different meat-free options that taste amazing including Beyond Burgers or Impossible Burgers.

Three, do a short detox. Regularly detoxing removes the toxin buildup in your body. To start your journey of detox and hormonal health slowly, you can enroll in the 7-Day Detox program or the Estrogen Reset program. During both programs, you remove meat and alcohol for a week which helps reset your estrogen.

Four, add in more Daily Fiber. Fiber is essential to helping your body clear out excess hormones, especially in the case of estrogen, getting enough fiber is essential. Just add a scoop of Daily Fiber to a breakfast smoothie or stir into a glass of water to get closer to your fiber goal.

Finally, consider increasing how much plant-based protein you eat. Use the All-In-One Shake to add 21g of plant-powered protein, along with 6g fiber, to your next meal. Try a Dark Chocolate Super Power Bar for a fast and delicious way to add 10g of plant protein to your next snack.

If it's time to push the reset button on estrogen then take action today that moves you towards a healthier, more balanced place!