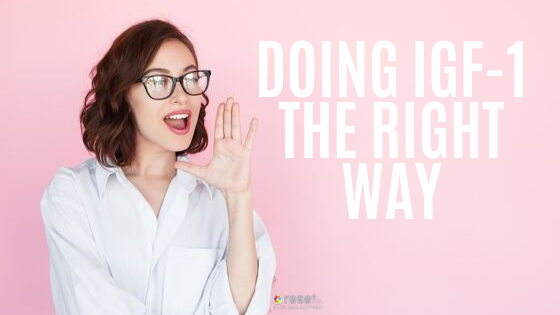 This is the final part of a 3 part series guest-written by Brian Rigby. The first part is called “Does Meat Cause Cancer?” Part two is: “The Body’s Most Important Anabolic Hormone IGF-1”

A study just out this month looked at the overall risk of mortality associated with protein intake and IGF-1. What it found was that between the ages of 50 and 65, the risk was increased in people who ate a protein-rich diet, whereas in people over 65 years old experienced a decrease in mortality. There are a number of flaws in the study, and we are limited in what we can interpret from it. Overall it paints the same picture as the rest of the data discussed above.

Former female collegiate athletes had only 16% the risk of pre-menopausal breast cancer compared to non-athletes. Death due to breast cancer occurs most frequently in women aged 55 – 64. 66% of cardiovascular disease deaths occur in individuals aged 75 and older. Sarcopenia and cognitive decline occur more and more frequently as you age, with these disorders being uncommon below age 65.

No! One problem with this idea is that we assume that these diseases only begin after a certain age. In fact, CVD, sarcopenia, dementia, and Alzheimer’s all develop over time, and cutting protein intake sharply for 15 years will almost certainly speed up their development.

In the end, it’s the context that is important again. One of the flaws of the above study is that it never looked at important lifestyle data such as how much the individuals exercised. Exercise is an extremely important means to reduce mortality, regardless of cause. Furthermore, exercise of all types reduces IGF-1 levels, attenuating any risk a high-animal-protein diet might cause.

With this in mind, it seems apparent that IGF-1 is, at best, only one factor involved in the risk of death associated with IGF-1 levels and animal protein intake. It also seems apparent that risk can be effectively mitigated by exercising frequently.

Finally, it’s useful to put the risk of death from all these diseases in context. It’s somewhat macabre to look at the data this way, but the truth is that the diseases (prostate cancer and breast cancer) most associated with high IGF-1 levels cause a total of roughly 69,000 deaths every year.

By contrast, the diseases and disorders associated with low IGF-1 levels cause 594,000 deaths every year. That’s over 8.5 times as many deaths!

Really, what we’ve witnessed is that IGF-1 is best when in a “normal” range (“normal” varies depending on age and gender). Both too high and too low levels have the potential to cause problems.

Optimizing that range to always be perfect is likely to prove impossible. You’d need to test your levels consistently over time, and few of us have the time, patience, or money to do that.

Instead, it might be better to hedge your bets on IGF-1 with the following tips:

Just remember to exercise, because when it comes to IGF-1 levels, the diet may determine how much IGF-1 your body produces, but exercise will determine what you do with it.

Why Should You Eat Your Veggies with Your Meat?

Here Are a Few Reasons!

One of the biggest problems with the “meat causes cancer (or heart disease, or anything else)” association is that the data we rely upon to make these sorts of judgments are confounded (statistics word for “confused” or “obscured by”) by many other factors that frequently go hand in hand with high meat consumption.

Consider this: the average American diet is very high in protein, especially red meat (at least when many of the studies were conducted), which by itself may seem to imply that meat is the cause of the chronic diseases many Americans suffer. However, the typical American who follows such a diet also fails to exercise regularly, doesn’t eat the recommended amount of fruits and vegetables, consumes starches and grains primarily in a processed form, eats significant amounts of excess sugar, and in some cases is a smoker, current or past.

How do we tease out where the blame really lies? By itself, it’s challenging; even though many studies attempt to control for confounding factors, it’s difficult to be certain that a particular factor bears a certain amount of blame in isolation. In other words, we have to understand not only how individual factors affect risk, but how factors mixed with other factors (and other factors beyond those) affect risk. Is meat bad for you, or is it only bad for sedentary smokers? Does exercise protect you against cancers in all cases, or only when mixed with a good diet, or only significantly when mixed with a less-than-good diet? These are difficult questions to answer!

Thankfully, it’s not really necessary for scientists to answer these questions to make reasonable recommendations in the meantime because we understand enough about what is always good in our diet to protect ourselves against what may be bad (or neutral).

Vegetables (and fruits) are far and away from the best dietary method to protect yourself against the risk which may or may not be associated with meat.

As an example of how fruits and vegetables can offset the potentially negative effects of meat, consider the link between meat and osteoporosis.

Meat is rich in protein, and protein is formed of chains of individual amino acids. Of particular concern to some researchers is the fact that meat is rich in sulfur-containing amino acids, which they hypothesized could inadvertently cause the formation of sulfuric acid in the blood (very, very small amounts), which would slightly acidify the blood. To counter this acidification, our body has buffering systems, one of which is the bones. To counter the acidification, the bones would (hypothetically) release calcium which would then re-alkalinize the blood to appropriate levels (a pH of roughly 7.4).

This association is no longer considered to be significant, as more studies have since been released that show that protein actually increases bone health, not decreases. Nonetheless, the consumption of vegetables with meat nullifies this problem whether it plays a significant role in the development of osteoporosis or not. Vegetables contain naturally-occurring buffering compounds (alkaline ash) which effectively neutralize any acidifying components of food.

[Note: Regardless of diet, our body keeps blood pH very tightly regulated at around 7.4–aside from some small potential effects on the skeletal system, aerobic energy metabolism, and urinary pH, there is no significant effect of pH itself on health.]

Furthermore, one thing every nutritionist, dietitian, diet guru, and nutritional scientist can agree on is that vegetables are good for you. Even when studies find an association with one factor and disease (such as meat and cancer), they often also find that individuals with diets highest in fruits and vegetables have the lowest rates, suggesting that vegetables are the critical factor for health, not that other factors like meat are by themselves a cause of poor health! 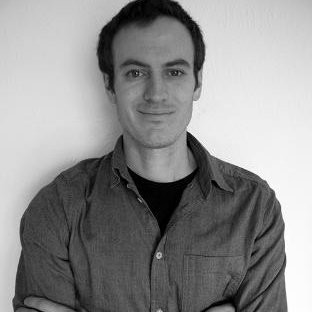