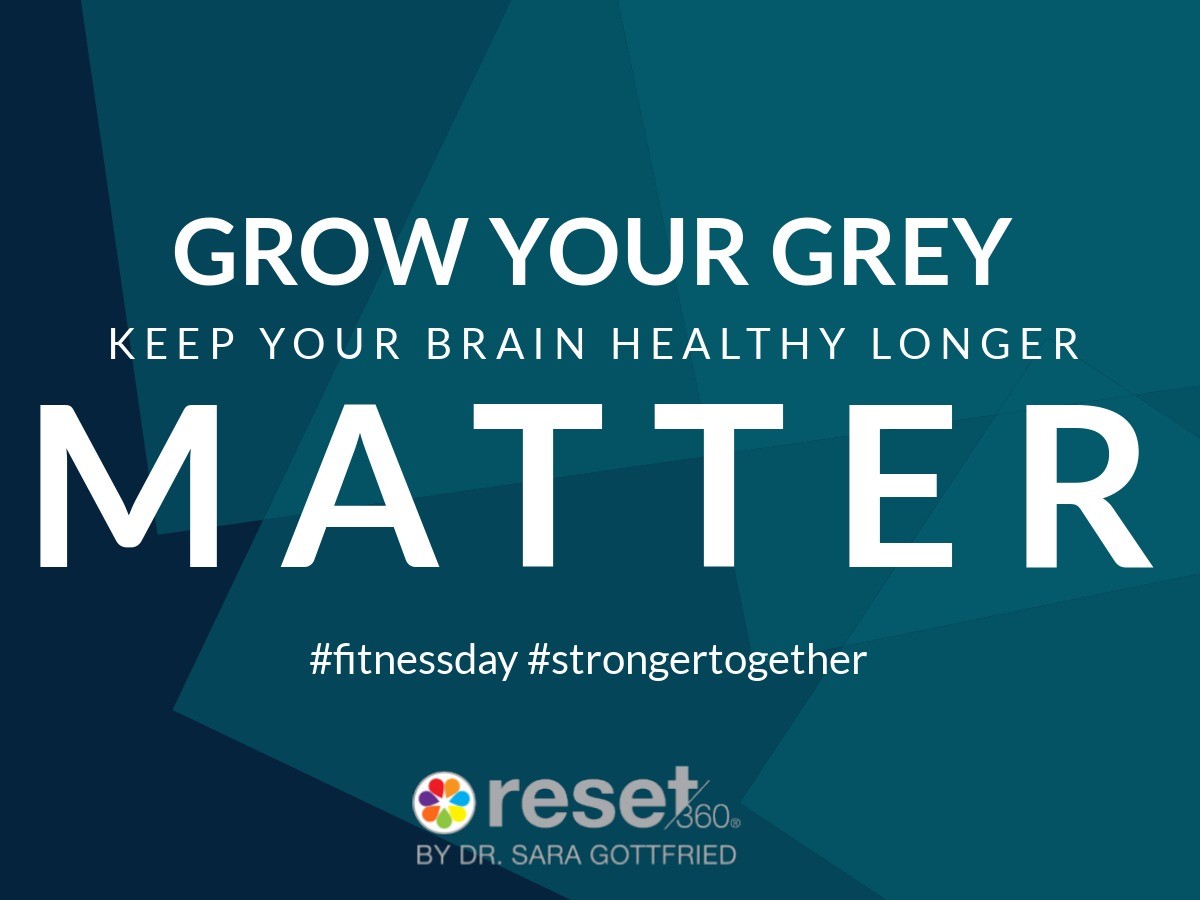 Do you know who has the least brain fog? People who exercise regularly.

Exercise increases gray matter, particularly in the hippocampus and prefrontal cortex. Middle-aged and older adults who engage in sports and other physical activities tend to retain high executive functioning and cognitive function over time.

The improvement in executive functioning with exercise may be higher in women compared with men. The intensity of exercise matters more than quantity, although moderate levels (including tai chi and brisk walking) may be the best for women.

In a study from the University of Pittsburgh, healthy people who walked six to nine miles per week over thirteen years grew the gray matter in their brains. Aerobic fitness boosts cerebral blood flow to gray matter, which correlates with gray matter volume.

Even in people with mild cognitive impairment, aerobic fitness correlates with gray matter volume and may help prevent progression to Alzheimer's disease.

Exercise just twice per week in midlife cuts your risk of developing Alzheimer's or other types of dementia later in life by more than half.

Physical activity creates a virtuous cycle: more brain volume predicts better adherence to future exercise. That’s good because age-related brain changes like a shrinking hippocampus appear to be blunted or prevented in exercisers—further support that aging in the brain is optional.

It increases the brain-derived neurotrophic factor (BDNF), which is like fertilizer for the soil of your brain.

It boosts neuroplasticity. Whether you’re a kid or an adult, being physically fit is linked to a bigger hippocampus and better memory.

But what type of exercise and how much?

Aerobic exercise seems to be the best at preserving brain volume and memory as you age, perhaps because it boosts BDNF, whereas strength training may not be as effective, particularly in women (but strength training has many other benefits for women outside of brain health).

All types of exercise—aerobic, resistance, and multimodal—benefit executive functioning in women more than men.

Ideally, exercise four or more times per week, which is associated with halving the risk of dementia. While it’s never too early to exercise, middle age may reap the greatest benefits. That means you. Now. Today!

And it’s never too late—even physical activity in patients sixty-five and older with cognitive impairment and/or dementia can improve cognitive function. Conversely, when you don’t move much, memory worsens and cognitive function declines.

So get moving today and supercharge your brain.

In animals, DHA supplements restore brain DHA levels, enhance learning and memory tasks in older animals, and reduce amyloid beta, the bad protein associated with Alzheimer’s disease. Further, DHA may buffer your brain from the harm of stress, protect synaptic transmission in the hippocampus, and create neuro-genesis, also in the hippocampus.

Both DHA and EPA reduce inflammation. Not surprisingly, the combination of DHA and EPA helps patients with mild cognitive impairment, but not in Alzheimer’s disease as a single treatment. That suggests there might be a timing issue: sooner may be better.

Taken together, DHA and EPA may limit age-related brain decline by boosting your body’s own repair mechanisms.