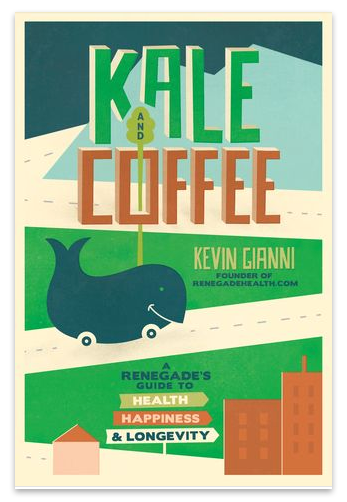 Hi Everyone—today we have a special treat for you . . . my friend Kevin Gianni, author of the new book Kale and Coffee agreed to answer some of my questions about his new book. When I received the advance copy of his book, I devoured it in three days. I think you will agree with me that this is an awesome health book, full of inspiring and funny stories, and just pure pleasure to read. Do me a favor and support Kevin by picking up a copy of his book right here, and let us know in the comments section what you think about Kevin’s health philosophy—and also if you have additional questions for him! Thanks! Xo Dr. Sara Dr. Sara: Many of your ideas were new to me despite my medical training, and I want our readers to know that doesn't happen too often when I read a book about health! Let’s focus first on some of the counterintuitive or little-known concepts that you encountered on your path to health. What is the most surprising discovery? What's the most undiscovered concept, that not enough folks know about but was profound in your arc? Kevin Gianni: For me, this has been an 11-year journey, so there have been a lot of surprise endings. I’ve messed up more than once. I’ve stuck with diets that weren’t working for too long. I’ve self diagnosed myself with the wrong ailments. I’ve followed the wrong health gurus. So discoveries came all the time, and sometimes when I wasn’t ready to face the reality of my situation — at that time, poor health. I think the discovery that keep on giving to me is that these days, our food isn’t always what we think it is. All salt isn’t the same. Two cups of coffee may not be alike. One steak can be nutritionally different than another that looks exactly the same. I love that steak example. To play it out, say there are two steaks on the table in front of you. Both look the same and feel the same. One is from an animal raised on a factory farm. The other from a grass-fed, grass-finished ranch. The one from the factory farm, nutritionally, will have much higher omega-6 fats and much lower omega-3s. So essentially, this could cause inflammation if you eat it. The grass-fed, grass-finished cut, could have significantly lower omega-6 and much higher omega-3 fats. This steak, could actually be anti-inflammatory. It’s crazy. They both look like steak, but one can inflame you and the other is completely healthy. This is the same with coffee, wine, and a bunch of other foods and drink that I explored in the book. When you look at food this way, you start to realize that it’s possible we’ve gotten much of our science wrong and in some ways it’s freeing. Maybe you can actually eat some things you enjoy and they might not be so bad for you — in fact some may be beneficial. It’s a good place to be in, it allows you some wiggle room. Dr. Sara: Early in your book (page 31), you wrote: “We have to change the way we determine what to eat to live long and be healthy. You don’t need to identify your own genome. But you do need to monitor closely how your body reacts to what you eat and what you do.” Can you say a bit more about what you monitor yourself with how your body reacts to food and what you do? The reason I ask is because I’ve known you for a few years, I see you at least once per month, and you’re a bit of a minimalist. Don’t you agree? You only do something – a new health behavior – if it really swings big doors for you. I would love for you to describe the smallest hinges that swing big doors for you. Kevin Gianni: Almost everyone knows the one or two biggest things that are affecting their health. They know it almost intuitively. This is completely non-scientific, but I’ve had the opportunity to interview dozens of cancer doctors — some more conventional than others — but almost every one of them has expressed to me that when you ask a patient “what do you think caused your cancer?” they have an immediate answer. It could be diet or lifestyle or it could be more emotional issues — bad relationships or unable to overcome the death of loved one. Whether they’re right or not, I think the biggest take away is that each person already knows what to do, it’s just a matter of bringing it up to the surface — admitting it so it’s real. So the thing that swings the biggest doors is being honest with yourself that those things exist, then being brave enough to address them. It’s hard and I still fool myself, but I’m getting better at reading my own BS. Dr. Sara: You mention early on in your book that your pregnenolone was barely measurable on a raw vegan diet. I had a similar experience, which we discussed maybe on our first meeting. Can you explain why that’s important, how you felt with super low preg, and what animal protein did to your level? What’s your pregnenolone now? 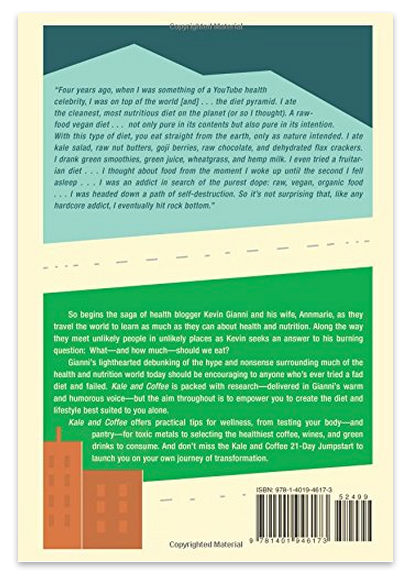