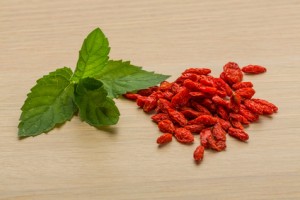 Since I saw my first patient in 1989, I’ve refined my approach to health and healing. Probably the biggest needle mover is my growing respect for plant medicine and its role in healing. My enthusiasm for berberine is in lockstep with my personal and professional experience prescribing herbs, but also as the evidence continues to mount about their relative safety and benefits. In this series, I will feature my favorite herbal therapies that you may want to consider, depending on your issues, and discuss with your integrative clinician. Our first herb is the herbal superstar known as berberine. When it comes to re-balancing your hormones, I believe in starting first with targeted lifestyle changes, such as upgrading the way you eat, move, and think. Fill the likely nutritional gaps. If that doesn’t work, try herbal therapies, and if you still are suffering, consider bioidentical hormone therapy. In my book, The Hormone Reset Diet, I recommend berberine as you finish the 21-day protocol, when you liberalize your eating. Berberine is insulin-sensitizing, anti-inflammatory, and anti-oxidant activity will help you stay out of harm’s way, if it’s used strategically and wisely. 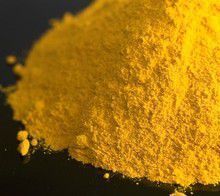 Berberine is a naturally-occurring yellow plant extract with a long history of medicinal use in Ayurvedic and Chinese medicine. Found in the roots, rhizomes, stems, and bark of various plants including goldenseal (Hydrastis Canadensis), barberry (Berberis vulgaris), goldenthread (Coptis chinensis), Oregon grape (Berberis aquifolium), phellodendron (Phellodendron amurense, and not to be confused with the unrelated household plant, philodendron), and tree turmeric (Berberis aristata). Historically, berberine’s rich yellow color made it valuable as a natural dye.

What does berberine do?

Berberine is able to activate an enzyme called Adenosine Monophosphate-Activated Protein Kinase (AMPK) while inhibiting Protein-Tyrosine Phosphatase 1B (PTP1B). Activating AMPK is important to health, and appears to play a key role in reversing insulin resistance, promoting glycolysis, and reducing oxidative stress. One result of activating AMPK is suppression of hepatic glucose output,so that insulin and IGF-1 levels are lower. Both berberine and metformin, (as mentioned previously, the drug commonly used for diabetes and PCOS), activate AMPK. ((Yin, J., et al. "Berberine improves glucose metabolism through induction of glycolysis." American Journal of Physiology-Endocrinology and Metabolism 294, no. 1 (2008): E148-E156; Hwang, J., et al. "AMP-activated protein kinase: a potential target for the diseases prevention by natural occurring polyphenols." New Biotechnology 26, no. 1 (2009): 17-22.))
Here’s a cool fact: Owing to AMPK inhibition, berberine is normoglycemic, which means it reduces blood sugar only if elevated. Berberine has another action that metformin does not: it blocks proprotein convertase subtilisin kexin 9 (PCSK9), which plays a key role in metabolism of lipoprotein. Some people overexpress PCSK9 because of a genetic variant, and berberine helps lower their LDL particles by 10 to 32 percent. ((Cameron, J., et al. "Berberine decreases PCSK9 expression in HepG2 cells." Atherosclerosis 201, no. 2 (2008): 266-273; Li, H., et al. "Hepatocyte nuclear
factor 1α plays a critical role in PCSK9 gene transcription and regulation by the natural hypocholesterolemic compound berberine." Journal of Biological Chemistry 284, no. 42 (2009): 28885-28895; Pisciotta, L., et al. "Nutraceutical pill containing berberine versus ezetimibe on plasma lipid pattern in hypercholesterolemic subjects and its additive effect in patients with familial hypercholesterolemia on stable cholesterol-lowering treatment." Lipids in Health and Disease 11 (2012): 123.))

What’s the best dose of berberine?

The best dose depends on your goals.

Can I take berberine in pregnancy?

According to the Natural Medicine database, berberine is rated LIKELY UNSAFE because it crosses the placenta and may harm the baby. In one study, newborn infants exposed to berberine had elevated bilirubin and kernicterus. ((Chan E. Displacement of bilirubin from albumin by berberine. Biology of the Neonate 63 (1993): 201-8.)) Furthermore, there are limited data that berberine may cause preterm
contractions. Similarly, berberine is considered LIKELY UNSAFE in nursing women as it can be transferred to your baby in breast milk.

How long can I take berberine?

It’s recommended that you take berberine for only 8 weeks at a time and then take a holiday owing to the effect of the herb on cytochromes P450 (CYPs) in the liver. ((Guo Y, et al. Repeated administration of berberine inhibits cytochromes P450 in humans. European Journal of Clinical Pharmacology 68, no. 2 (2012) : 213-7.))
When you see an effect of berberine on cytochromes P450, it may lead to drug-drug interactions, which should be reviewed with a knowledgeable clinician and/or pharmacist. Many supplements should be used in this way—pulsed in an 8-week cycle, and then off for some length of time such as two to four weeks, then restarted if symptoms aren’t resolved.
Want to learn more about supplements and how they can help you detoxify, lose weight, and feel great? Be sure to sign up to receive word from me when I offer our next 21-day detox right here.

Hi there, this looks like something I would really like to try for my PCOS problems. Is it ok to take together with curcumin? Or can the berberine replace the curcumin? Thanks.