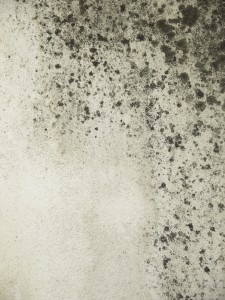 Mold. You may not be able to see or smell it, yet it may be growing in your home and the reason you feel sick. Mold poisoning may be impacting your health. How do you know? In this blog, I want to cover mold illness and who is susceptible. In future blogs, I’ll cover what to do about it.

Most likely your regular doctor won’t be much help. Conventional medicine doesn’t really believe that mold exposure is a problem. Plus it can be difficult to diagnose someone with mold toxicity; it can mimic many other conditions and symptoms are nonspecific.

See how easily mold poisoning could go unnoticed, or mistaken for other conditions? Yet 30 years of good scientific evidence points to the serious health problem that mold can cause.

The Low-down on Mold

So, what is mold? Molds are multiple types of fungi that grow in filaments and reproduce by forming tiny spores that sprout and fly away, invisible to the naked eye. Mold grows in damp, warm, and humid locations, inside and outside. Even if you live in a dry location such as Arizona or Nevada, mold can be a problem if there are water leaks, poorly ventilated bathrooms, or floods.

Mold can grow in your bathroom, in the showerhead, or in the corner near your shower, especially if the room is not well ventilated. Mold can attach to your shoes, pets, clothes, carpets, furniture, books, and papers. Mold can circulate in your air system, especially if you’re like me and rarely change your filters. (The recommendation is to change HVAC filters once every one to three months!)

Overall, water-damaged buildings create a complicated mixture of contaminants present in the air and dust, resulting in a toxic chemical stew. Additionally, mold produces toxic chemicals called mycotoxins, present on spores and fragments of mold released into the air. ((Molds, Mycotoxins & More,” SurvivingMold.com, accessed December 1, 2015. http://www.survivingmold.com/mold-symptoms/molds-mycotoxins-more))No single toxin is responsible for all mold illness; rather, it’s better to think of the cause as the water-damaged area or building itself. One recent review connected the sinuses as a common source of ongoing mold illness.((Brewer, J. H., et al. "Chronic illness associated with mold and mycotoxins: is naso-sinus fungal biofilm the culprit?." Toxins 6, no. 1 (2013): 66-80.))

Would you believe that half of buildings in the United States are water damaged, leading to the growth of mold and the potential for mold illness in susceptible individuals? Given that most of us spend significant time in a home and indoor workspace, there’s a good chance you’ve been exposed to water damage and mold. When you buy a home, the inspector includes mold problems on the house report—obviously, it’s not a good thing.

So why is mold a problem? Mold toxicity falls under the larger category of biotoxin illness, also known as Chronic Inflammatory Response Syndrome (CIRS). Ritchie Shoemaker, MD, knows all about mold. He’s the author of eight books, including Surviving Mold: Life in the Era of Dangerous Buildings. He defines CIRS this way:

Chronic Inflammatory Response Syndrome (CIRS) is “an acute and chronic, systemic inflammatory response acquired following exposure to the interior environment of a water-damaged building with resident toxigenic organisms, including, but not limited to fungi, bacteria, actinomycetes, and mycobacterium as well as inflammagens . . . . “

That science moment may have made your eyes glaze over, so consider this comment from Dr. Shoemaker: “24 percent of people cannot make adequate antibody responses, and they’re the ones that comprise over 95 percent of people who have an illness from water-damaged buildings.”((“Transcript – Dr. Ritchie Shoemaker: Surviving Mold - #126,” Bulletproof, accessed December 1, 2015, https://www.bulletproofexec.com/transcript-126-surviving-mold-with-dr-ritchie-shoemaker/)) That leads us to our next topic, which is the role of your DNA in making you more or less susceptible to mold illness.

Why Some People Are Susceptible

As mentioned by Dr. Shoemaker, approximately 24 percent of the population is genetically vulnerable to mold toxicity; they have a certain immune response gene (HLA-DR). If you’re one of those people with mold susceptibility genes, you are far more likely to have an adverse reaction to mold when exposed to a sufficient quantity. In fact, 95 percent of mold illness occurs in this subgroup. Additionally, there’s 2 percent who are particularly susceptible with a “sicker quicker” variation of the genes. If you aren’t susceptible, your chances are lower but not zero.

People like me who are genetically mold susceptible aren’t able to recognize specific toxins as toxins, such as mold, and the toxins get recirculated in their bodies. As a result, the toxins, in this case mold, trigger a persistent inflammatory response. Most of these folks don’t know that they have a genetic susceptibility.

To make a diagnosis of CIRS, experts have agreed that you need to meet the following criteria.((Berndtson, Keith. "Chronic Inflammatory Response Syndrome(2013). http://www.survivingmold.com/docs/Berndtson_essay_2_CIRS.pdf))

2. A genetic predisposition to biotoxin-related illness based on identification of an HLA susceptible haplotype.

4. Biomarkers consistent with the neuroimmune, vascular, and endocrine abnormalities that characterize CIRS. If you have a history consistent with biotoxin exposure, a susceptible genotype, and an abnormal VCS test, you are very likely to show the laboratory abnormalities seen in CIRS. Major and minor criteria are a work in progress.

What to Do Next

If you suspect you may have a problem with mold, I suggest the following steps.

Step 2. Test your home for mold. One of the best tests is called an ERMI, and I suggest that you hire an environmental professional to perform a visual inspection of your home and sample several rooms. You can perform an ERMI on your own at a lower price (about $325) but it’s only helpful if it’s positive, in which case you’ll need to hire an environmental professional. So I suggest skip the self-testing.

Step 3. Work with a clinician trained in the Shoemaker Protocol. Click here for more information on how to find one. You may consider the genetic susceptibility test for mold, which can be performed by Labcorp, panel # 167120.

In the next part of this series on mold illness, I’ll describe what happened when I tested my own home for mold. Then I’ll address remediation and what’s proven to help a person heal from mold illness.

Do you have symptoms of mold illness? Do you know or suspect you live in a water-damaged building? We would love to hear your story. Let me know in the comments below.